We are starting a series of blogs to share the stories of women who attended worldwomen17 whose lives have changed significantly since the conference in March 2017 and how it inspired and motivated them to be a catalyst for change, which was exactly the outcome we were hoping for. Jo Brothers spent an afternoon talking to Joanne Rama about her journey since attending worldwomen17.

Question - How did you hear about worldwomen17 ? and what made you decide to attend the conference ?
Joanne -  I was sent the information about worldwomen17 by a friend, Linda Pikari, and so I applied for assistance to go and I was successful! So I got to go! Yeah it was awesome.

Question - What were your stand-out moments and an ‘a ha’ moment over the 3 days ?
Joanne -  I think it was right at the beginning of worldwomen17 and during the powhiri (a powhiri is a traditional Maori welcome, the local tribe welcomes those gathered and gives a covering of spiritual protection.) hearing my cousin do the karanga (a call from the heart).  Just "knowing" it was her before I saw her, so I suppose for me as a Maori woman that set the scene for lots of ‘a ha’ moments over that weekend.

Question  - How has your life changed since worldwomen17?
Joanne - At that point in time I was waiting for my 16-year old daughter to have her baby and she was very overdue.  Also, I was at a point in my life where I was pursuing a return to midwifery to a program and just facing lots and lots of challenges.

I was working part-time, just making enough money and really quite lost in terms of "well what now?" I had come back on this (midwifery) pathway and I had spent all my money and it didn’t actually look like I was going to be able to work in that space.  With a lack of resources, the passion was there but I was having to accept that I didn’t have the resources to complete the last few things I needed.  Coming to worldwomen17 and being with 500 positive, strong, amazing women - what did that do for me?  Well that helped me remember the "strong, amazing powerful woman that I am."

During the weekend of the ww17 conference I received another scholarship to go to Canada to an International Confederation of Midwives Conference. So that was when I struck up a conversation with Canadian, Richard Ford, who is Vicki Saunders partner from SheEO.  Richard was one of only a few men in the room, and so that started us talking and it was an instant connection and we arranged to catch up when I went up to Canada in June.

The other change that worldwomen17 generated for me, and I don’t want to be disparaging about midwifery, however it is under-resourced and there are lots of challenges with the midwifery shortage in Auckland, so here I was in this space with 500 powerful, positive, women that were happy to be in the space they were in.

So worldwomen17 helped me to remember the strength of women and why I do what I do (midwifery) because I’m passionate about women, and my other focus is about mothers having the opportunity to be the best that they can be.  I accepted that scholarship and I went to Toronto to the International Confederation of Midwives conference and it was an amazing journey connecting with the Indigenous midwives from Canada and around the world.

After the ICM conference I was blessed to attend the first International Indigenous Midwives gathering, that had been a dream of mine for over 25 years. So that was just incredible. I was there for ten amazing days, and on the ninth day I went to Richard and Vicki's home (and that is probably a book in itself). At Richard and Vicki's beautiful home they were having a SheEO Activators Meeting where I got to meet Barbara Alink, a woman with passion who has put her dream into action with The Alinker invention.  Then within an hour of me arriving, the room was filled with Super Activators, and again a bunch of powerful, amazing, inspiring women. What I got out of all of this, and the seeds that were planted when I applied for a scholarship with worldwomen17, was what I was putting out there even though the horizon was pretty grim and the finances were pretty low.  I suppose the saddest thing was that I was starting to think that my dream was an impossible dream, and so the difference for me from March to June, is here I am now knowing that my dream is my dream and my journey is to pursue my dream no matter what!

I had an amazing evening at Vicki's and Richard’s home and the next day I met with Ilana who is the owner of 21Toys and who created the Empathy Toy. This meeting was held at Toronto's Centre of Social Innovation, an amazing space where the brightest and best are creating solutions for reducing inequities and injustices.

Ilana's business has really taken off and so she had no time to meet with anybody, but because I was staying with Richard and Vicki, of course she met me and I bought the Empathy Toy. A life changer! A game changer!

Two weeks ago, I then met with the Laura Ferguson Trust.  The Maori way of doing things is that whenever you make something you give away the first one.  He koha aroha - a gift of love.  I have always done this with my programs so whenever I create a new program I always give the first one away. This time I am doing it a bit differently and I have decided that I am giving away three gifts – to the Laura Ferguson Trust for their Rehab Coaches, to a Kohunga Reo in Otara, and to the Auckland City Mission. My life now is beyond anything that I could have imagined from where my life was in March and feeling "I’m a dreamer" to “I’ve made things happen.”  I have reached the 49th year of my life thinking about what I really want to create that I previously wasn't going to be able to. If it hadn’t been for that little granddaughter that was coming when I was feeling dejected, defeated and dreamless, and when I was really lost professionally and personally, that it was her arrival I had to look forward to.

So worldwomen17 helped me get off the pity pot and to remember what I am here for! To do everything with heart!

Barbara brought her Alinkers to New Zealand and because I met her in Canada, I went along to the Laura Ferguson Trust when she gifted 40 Alinkers to the MS society. My kids and grandkids and nephew did a Haka for The Alinkers which was a dream of Barbara’s so that made her day, and it made our day. The Alinkers are an incredible innovation and so is the Empathy Toy.

Where am I now?  I am on a journey and I know where I am going which is to complete my Masters and become a Maori Maternity Researcher, and at the same time providing innovative training for organisations to grow empathy and eradicate racism in Aotearoa.

Question - What is one thing you would like to share with others also attended worldwomen17?
Joanne - The strength of women, bringing women together with such a diverse range of women - there is so much power in that. Also, I suppose for me as a Maori woman being able to connect with other women who are all aligned with making the world a better place. In this space, everybody is equal and that is what has transpired in my life ever since. In the past, I have been my own worst enemy as I didn't put myself in those spaces because I have been doing what I do - bringing up seven children and working.

The challenge of making myself important. It sounds corny but it probably saved my life. Without going to worldwomen17 I wouldn't have been able to take up the other scholarship. It was only because I had got to a point where I had given up and why would I take a scholarship that someone else could have done. I know by getting the scholarship that I add value, as I did in Toronto. I appreciated what I learnt and they appreciated what I contributed as well, as opposed to getting stuck on failure, but it’s not failure, it is what it is. Like I said, it has led me on an emotional journey back to being open to these other possibilities. I learnt that my perceived failures were my successes and strength.

Having more honest heartfelt conversations. Amazing things are happening every day.  And sad stuff too.  I came home and my favourite Auntie had been diagnosed with a brain tumor and she passed away. Normally I would get so heartbroken which is the price you pay when you love people. But I have new lenses that I am seeing life through now and it has helped me to be accepting of all things, the good the bad and the sad.  My Aunty taught me that the most important thing in life is to care for people, so my new business is called Manaki Matou - We Care. 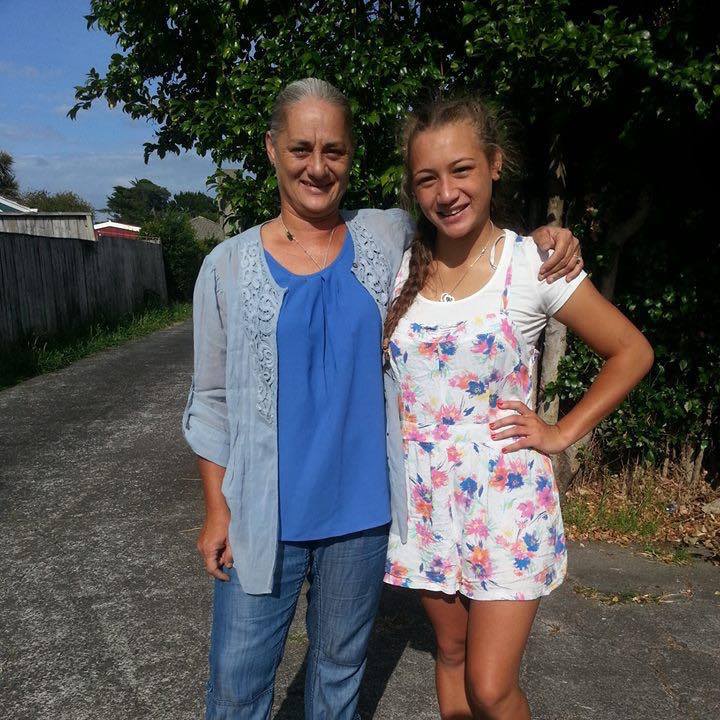